Foreign exchange: an asset class in its own right? 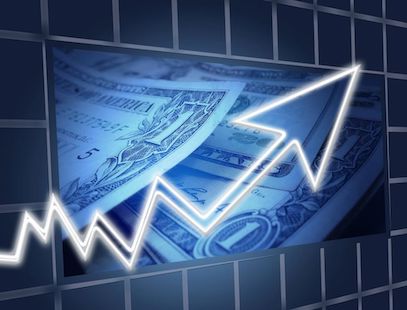 Yet despite these figures, currency rarely features in asset allocation tables and is often unreported in fund disclosure documents. The question whether it even classifies as an asset class remains open to debate.

Stuart Simmons, senior portfolio manager at QIC in Brisbane, is one expert who is calling for FX to be escalated in the picking order of asset allocation decisions.

“If you look at asset allocation across a broad range of superannuation funds, foreign currency exposure is probably the second biggest risk after equities, but in terms of where it ranks in the asset allocation decision making process, it is actually well below that. I think it is fair to say that in terms of effort, resources and attention versus risk and influence, it is probably the least appreciated asset class. That light-touch approach is the antithesis of what’s needed when you have so much currency exposure at stake,” he said.

​That’s particularly important in the current environment. A weakening US dollar outlook, inflation that is tipped to rise and a ten year AUD/USA Government bond yield spread that’s inverted for the first time since mid-2000 are all signs that from an FX perspective, 2018 may prove to be considerably different from previous years.

“Asset price and exchange rate volatility have been very depressed through much of the post-crisis period. That has partly been driven by very accommodative central bank policies, and as these policies normalise, it will have second round effects on volatility. We certainly expect volatility to return to more normal conditions going forward,” Simmons said.

He said that particularly in a higher volatility environment, where it is more difficult to make definite calls, it is critical to have a framework and a deliberate strategy targeting a currency policy.

“Particularly in more volatile environments, having a framework that can be relied upon through difficult market conditions is very important. You don’t want to be relying on a show of hands when you have that much exposure at stake,” Simmons said.

AustralianSuper is one fund that manages FX as an asset class, a policy at least in part facilitated by the fact that it has internalised most of its currency management programme.

“We now do everything except execution in house and we’ll be internalising the execution function within the next twelve months as well. That function will sit within our centralised dealing desk, which is already in place,” Mark Ferguson, senior portfolio manager currency at AustralianSuper in Melbourne told Fund Business.

That policy is allowing AustralianSuper to consolidate the FX exposures across its entire portfolio and manage the combined exposures essentially as an asset class in its own right. “Within that framework, we decide how much currency exposure we’d like to keep as part of our asset allocation function, and we’ll subsequently manage the remainder on an active basis,” Ferguson said.

He said AustralianSuper monitors its currency exposure on a daily basis, with formal reviews at least monthly. AustralianSuper chooses to maintain foreign currency exposure of around 20 per cent in its balanced plan, which can be tactically increased or decreased. “Our strategic exposure moves around fairly slowly, considering aspects such as returns and diversification benefits. Given the positive correlation between global equities and the Australian dollar, from a risk perspective it pays to have some foreign currency exposures that can provide a cushion if equity markets were to fall,” Ferguson said.

Another good reason to review hedge ratios is due to the fact that the tailwind traditionally generated by the carry trade is gone. Historically, the carry provided by comparatively high Australian interest rates encouraged a skewed approach that encouraged a return focus and arguably subordinated risk management. However, with that relationship going into reverse, risk management considerations should gain emphasis. QIC said that should lead funds to reconsider the levels at which their hedge ratios are set, bearing in mind that in a low return environment, the impact of hedge ratio changes on portfolio performance can be very significant.

“Funds in the Australian institutional universe range from the fully hedged all the way to fully unhedged. This provides great scope for investors to differentiate themselves through currency composition as well as hedge ratios, with potentially beneficial risk-return outcomes. Integrating and lifting the standing of currency within the asset allocation process also offers a way for institutional funds to distinguish themselves from peers. It really is time for currency to be recognised for its investment importance,” QIC said.

Replacing CHESS: what you need to know
Scroll to top