Replacing CHESS: what you need to know 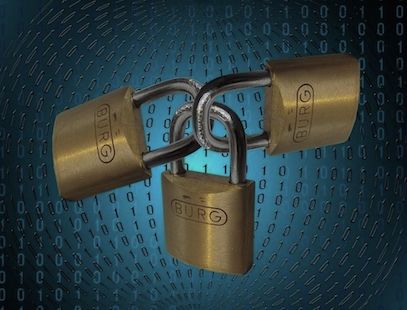 The ASX has released a new consultation on the replacement of its Clearing House Electronic Sub-register System (CHESS), which has been around since 1994, with a new post-trade system based on distributed ledger technology (DLT). The new system, which is developed by Digital Asset, should provide users with more efficient clearing, settlement and other post-trade services through improved record keeping, reduced reconciliation, more timely transactions, and better quality data.

However, it comes with a number of operational implications that need to be considered and appropriately managed. For that reason, it’s worth reviewing the consultation paper to see how your business will be impacted.

Under the new system, ASX will operate a private, permissioned ledger, which provides approved participants with a shared replicated ledger and a distributed database synchronising mechanism. That creates a secure, single source of truth and should lead to enhanced data integrity, improved record keeping, reduced reconciliation and more timely transactions compared to the traditional CHESS model.

ASX’s customers will have a choice as to how they use ASX’s post-trade services. There is the possibility to interact directly with the distributed ledger, but it is also possible to continue connecting in a similar way as is done today, with the addition of using contemporary global ISO 20022 messaging.

The DLT option – which is offered by Digital Asset through a “Digital Asset Modelling Language (DAML) Software Development Kit” – allows participants to develop DAML based applications that integrate directly with a DLT node. This is meant to facilitate real time and deeper integration into existing processes and allows participants to leverage data and services they are permissioned to access.

Participants that prefer to use messaged based interaction can also continue to do so, but ASX will replace the CHESS message protocol with the global standard of ISO 20022, which will streamline the existing suite of messages, facilitate more efficient processing and provide a richer data set.

All permissioned users will also be able to request and access data they are entitled to through a modern, secure Application Programming Interface (API).

​In terms of practical changes, the new system will introduce around 50 new business requirements in a range of areas including account structures and information; pre-settlement; settlement; and corporate action processes (see table below).

​In addition, there are also a number of existing CHESS functionalities in business services, process flows and message models that will be decommissioned, including for example the electronic trade confirmation functionality that is not currently used. Similarly, the securities lending service functionality is not used as it is currently provided (though a new securities lending service may be provided in connection with a new service providing for optional early settlement). The real time gross settlement (RTGS) service which is not currently used will be replaced by a new service for delivery versus payment (DvP) settlement outside batch for bilateral transactions.

The current functionality of the Trade Acceptance Service will also be replaced with more contemporary functionality that will apply the same business validation and logic to all approved market operators.

​On the process side, the mFund order reversal process will be discontinued, while a number of message models will also be discontinued under the new system.

Some of these changes will be introduced from day one, others may be introduced at a later stage depending on what is feasible within what ASX considers to be a reasonable timeframe. ASX has said it has sought to balance the demand for new functionality on day one, against the need to deliver the new system in a reasonable timeframe – recognising that further enhancements can be made to the new system once implemented. To achieve this, the requirements have been categorised into those that are targeted to be delivered on day one, those that will be delivered in releases post-day one, and those that will be implemented separately as they are not dependent on CHESS’ replacement.

The timing is also not set in stone. The system is currently estimated to commence operating somewhere between Q4 2020 and Q1 2021, but it is subject to change following this current consultation process, delivery planning that is currently underway, and throughout the lifecycle of the project as the platform is developed.

While the new functional business requirements of the new system have been subject to extensive and detailed industry input, the connectivity options and the proposed migration and implementation plans have not been consulted on previously.

What ASX now wants to know from participants is whether there are any important business requirements that are not captured in chapter two of the submission that should be included, including process flow(s) to support the requirement, a supporting rationale, any relevant stakeholder input and regulatory considerations.

It is also asking for feedback on the proposed timeline and the proposed testing and release management strategy outlined in chapter seven of the consultation paper, and the proposed migration and implementation approach which is outlined in chapter eight. Under this approach, there will be a single cutover weekend from CHESS to the new system, which should reduce the complexity and operational costs that a phased approach would otherwise introduce and has the lowest overall risk profile of all possible approaches.

ASX would also like feedback on whether there is any particular information that participants will need to assist with the transition planning.

Interested parties will be able to provide submissions to ASX until June 22, 2018, after which ASX expects to provide a final functional scope and implementation roadmap in late July 2018.

The consultation paper can be found here.

Foreign exchange: an asset class in its own right?

The business of longevity
Scroll to top