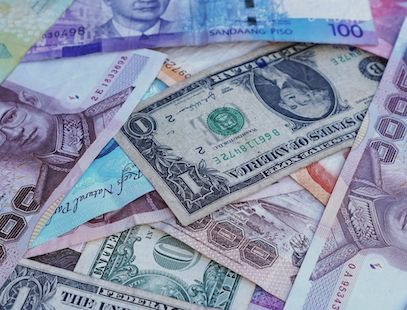 Superannuation funds are urged to pay more attention to the execution and implementation of their FX programmes amid concerns that less than optimal execution is costing funds millions of dollars in lost basis points.

“Many Australian super funds would be doing more than 100% of their fund size in FX every year, yet very few would actually know how much it is costing and even fewer would actually have a proper governance programme around managing that cost and trying to keep that cost at a reasonable level,” Brett Elvish, director at Financial Viewpoint in Melbourne, told Fund Business.

Execution is one area that is well known on paper, but where reality doesn’t always match expectations.

“Many investment managers provide what I would call ‘convenient execution’ rather than ‘best execution’. Policies and practices may support an efficient business model as opposed to necessarily achieving the best outcome for their clients,” Elvish said.

Ruben Costa-Santos, global head of multi asset at ITG in New York said that on an AUD/USD currency pair, traded electronically and with accurate time stamps, the difference in costs between top and bottom quartile trading performance is about two basis points. However, he said that outside of electronically traded FX, where time stamps are less reliable or not available, the range can be much wider. “If you are a passive FX hedger – which is what most superannuation funds are – and you don’t have access to time stamps, the difference between high and low performance could be 10 bps or higher,” he estimated. “It is difficult to estimate without accurate time stamps and relying only on range of day analysis for that type of execution,” he said.

One area where execution is almost always less efficient than it could be is when trades are executed at 4pm London time, which is when most investors perform passive rebalancing. This can magnify leaks from rebalancing and can double implementation costs.

Some of these inefficiencies are a function of asset managers paying lip service to best execution policies, but superannuation funds also have a responsibility to hold their FX execution providers to account.

Elvish pointed out that while best execution policies are a core component of operational due diligence, few would look beyond the initial statements to consider what these policies actually correspond to in practice.

“Best execution will be in every investment management agreement, but it is very rare that the due diligence process delves deeper into policy implementation and asks ‘tell me about this policy, tell me about the data you have available, did you actually measure their execution costs to show who actually did a good job and who did a bad job.’ If you don’t have the basic ingredients to support a best execution policy, you are really not following through with it,” Elvish said.

That is partly because, unlike in equity markets where transaction cost analysis (TCA) is reasonably well established, it is not easy to get a representative picture of market prices and liquidity in a fragmented over the counter market like FX.

RG 97 could go some way towards addressing these issues by putting more of a spotlight on execution costs, but whether it will address some of the more underlying conflicts will depend on the final drafting of the regime and the industry’s response.

Broadly speaking the regulatory guide intends to clarify how issuers of superannuation products and managed investment products should report on fees and costs in product disclosure statements. Where transaction costs are concerned, the regulator refers to the bid/ask, but does not prescribe a specific methodology and industry feedback on the most appropriate method is mixed. That is not necessarily a bad approach. In Europe, MiFID II has adopted a largely principles-based approach to best execution and market participants are optimistic about the positive effects this has had on quality of execution.

He said that it would be impossible to come up with one single methodology that would accurately reflect best execution from a transaction cost perspective. “Best execution requires multiple methods and all these metrics play different roles. Creating one single metric to measure quality of execution will induce the market to optimise for that metric alone, which defeats the purpose. A principles-based approach can lead to better outcomes by forcing firms to do focus on best execution as part of the investment process and not simply as a regulatory requirement to be met,” Costa-Santos said.

However, there is another problem complicating the effectiveness of these metrics. One of the methods most commonly used for calculating the performance of FX transactions is the time of cost versus mid at time of execution method, which compares the actual execution rate to the midpoint of the bid and offer rates observed in the market at the time of execution. Another common method is the cost versus mid at time of decision to trade or instruction to trade, which is essentially implementation shortfall. These methods will tell you how much you’re paying relative to a mid, but by themselves, don’t tell you about anything about whether the pricing was competitive.

“The sell-side may generally know which side of the trade the buy-side is on, and thus consistently price accordingly. They could price tighter spreads to be seen as a better counterparty, yet skewed against the buy-side,” Elvish said.

Stuart Simmons, senior portfolio manager at QIC in Brisbane said RG97 may not be the panacea to gaining visibility on FX trading costs. “With self-reporting and the absence of standardisation, there may be an incentive for managers to favour a method that understates the true costs. It’s important for the investor to instead heavily scrutinise all elements of the trading process and determine its effectiveness in achieving best execution,” Simmons said.

Every market participant that Fund Business spoke to agreed that time stamped data is a key solution to resolving these issues, with benchmarks sourced to the second and across multiple sources to eliminate biases and anomalies. “Analysis by FX Transparency (a specialist FX TCA provider) has found that interval time average price benchmarks are statistically significant once ticket counts in a single currency pair exceed around 50. Thus, a reasonable volume of time stamped trades would provide a very clear picture of costs, provided benchmark data is reviewed and analysed across multiple sources per currency pair continually throughout the 24-hour day,” Elvish said. He said a sophisticated manager would measure across multiple benchmarks – including time periods and points in time – with the same underlying unbiased mid-price data.

Simmons said using timestamps of trade execution will help to provide more transparency but that further steps would be necessary. “In the absence of an audit or independent assessment of trading costs, a rigorous approach includes trading with multiple counterparties on platforms where there is full transparency about what the reportable ‘market’ is”.

Costa-Santos agreed those solutions would be a significant improvement but added that superfunds themselves should also step up to demand transparency. “Time stamps are a big step forward, because it would allow funds to benchmark the quality of execution at the time of execution. The other solution would be to have an independent third-party market benchmark, so you can look at a range of bid ask spreads independently. The key though is for superfunds to make sure they have a best execution framework in place internally, so they are in a stronger position to get transparency and have an informed dialogue with their asset managers,” Costa-Santos said.

Transparency in practice: lessons from MiFID II for Australia

Foreign exchange: an asset class in its own right?
Scroll to top