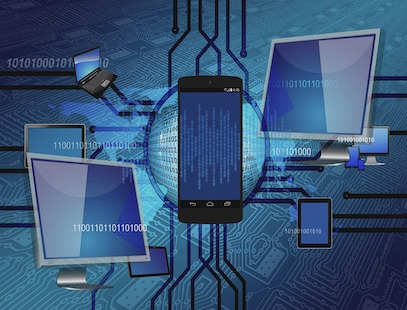 Buyside trading desks are under growing pressure to cut costs or deliver profits, the annual FIX conference in Sydney has heard. Speaking at last week’s conference, Eugene Budovsky, Head of Low Touch Execution, Australia at Credit Suisse, said the pressure on the buyside has never been greater, with many desks either in the process of merging or planning mergers or other types of cost saving initiatives.

“For a function like trading, which historically has largely been seen as a cost centre, trading desks are really having to become much more efficient to survive, or to make themselves look more like profit centres,” Budovsky said.

The drive towards increased efficiency is placing increased pressure on buyside traders.

Dan Enstedt, Vice President at Flextrade, said that over the course of the past few years, the role of the buyside trader has changed significantly, with traders these days expected to be across both macro and micro themes spanning multiple regions, markets, and instruments.

“It is no longer about execution only or providing price updates. The modern trader today has to wear many different hats and it can be anything from micro market structure expert to algorithmic designer, block trader, trade analyst and data scientist in a lot of cases and perhaps [most importantly] risk manager as well,” Enstedt said, adding that a quantitative edge is also increasingly a prerequisite.

Enstedt said that from this perspective, technological advancement is very much focused on enhancing traders’ capabilities and helping them to execute more efficiently, rather than helping them out of a job.

Enstedt said that across equities, automation is happening at many levels, including by ensuring that EMS’s and OMS’s are appropriately connected and that broker connectivity is efficient.

He said that algo wheels – which help to systematically chose algorithms that route orders to the best broker or strategy in a given region, market or instrument – remain a “hot topic” with many firms implementing such wheels across the globe and in Australia. While these wheels can be deployed in many different ways, the majority of users employ algo wheels for smaller-sized, low touch trades.

“They might send everything that is less than five to ten percent of average daily volume to the algo wheel,” Enstedt said, referring to this strategy as an “exhaust pipe model”.

“Some people use average daily volumes, some people use it from a value perspective so they’ll send anything less than $50,000 and probably the most sophisticated one is actually when they integrate their pre-trade systems as well, so everything that is expected to have less than 10 bps slippage is sent to the algo wheel,” he said.

A less frequently used strategy is to employ algo wheels on an ad hoc basis, while on the other side of the spectrum, some traders go as far as to send 90 per cent of trades to the wheel, focusing all their attention on the remaining ten per cent requiring block trades or some form of complex manual intervention.

The main point, Enstedt said, is that using algo wheels frees up a lot of time for the traders to focus on block trades and other trades where liquidity might be more difficult to find.

“We all know there are less heads on the trading desk these days, they are being asked to do more, not only in their specific asset class but also across different asset classes and, as a result of that, they are looking for toolsets to help them aid them in their execution,” Matsko said.

Matsko said that the move to algo wheels is equally prominent in the FX space, citing that several Factset clients are setting up both passive and aggressive types of algo wheels and are integrating these into their smart order routing (SOR) technologies.

Similar to the equity landscape, Matsko said that anything that could be done to streamline low touch or “nuisance” FX trades (those FX trades that are conducted solely to fund other equity or fixed income positions) would free FX traders to spend more time on high touch trades, which remain comparatively prominent in FX.

“High touch voice trades are still very common in the FX landscape, so the more that we can help the trader reduce their time spent on basic trades, the more time we are giving them to do things like: think about evolving market structures, assess the risk on their blotters, and look at [those high touch] strategies,” he said.