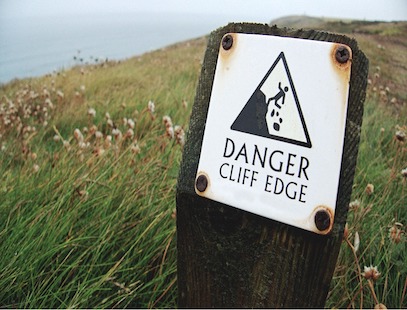 Australian buyside firms are being urged to get up to speed with new derivatives regulations set to significantly shake up existing processes, amid concerns that delays in implementation could cause trading to slide to a grinding halt.

At the annual ISDA conference in Sydney last week, a conference traditionally focused on sell-side derivatives concerns, buyside requirements took centre stage this year. That is partly because many of the reforms targeting larger banks and dealers have already been implemented, but there were also concerns that the buyside is simply not up to speed with what’s coming.

Initial margin (IM) requirements for non-centrally cleared over the counter derivatives are a case in point, with many in scope entities yet to engage with their counterparties on the impending changes, described as “a paradigm change” by one panellist.

Set by global standard setters BCBS and IOSCO, IM is one of two types of collateral required to protect a party to a contract in the event of default by the other counterparty (the other type being variation margin (VM), which is a daily one directional payment that reflects the current value of the trade and for which requirements are already in place).

Australian sell side counterparties say that while they have had some dialogue with global fund managers, they aren’t exactly inundated with disclosures, a trend that is causing some concern considering the fact that the final two phases will represent a twenty-fold increase in in scope entities. Those not set up by the go live date will not be able to trade, a message some say has not quite hit yet.

“We really want to emphasise that Phase 5 entities, in particular, should be approaching us as soon as possible” said Mark Hustwayte, Vice-President and Counsel at BNY Mellon. Given that the time to negotiate the documents for initial margin is longer than for variation margin, Hustwayte expressed that he would not want a client to be in a position where they could not trade due to negotiations not being completed.

In terms of compliance, the challenges are myriad. For one, calculating initial margin requires a solid understanding of risk exposures. Unlike variation margin, which is a daily one directional payment that reflects the current value of the trade, initial margin is meant to cover the losses that could arise in the period between the defaulter’s last variation margin payment and the point at which the surviving party is able to hedge or replace the trade (in essence, covering the risk of default). Market participants have said that compared to initial margin requirements, calculating variation margin is a walk in the park.

There are also significant operational and documentation challenges. While variation margin is typically posted as cash which can be rehypothecated, initial margin must be held in a segregated, insolvency-remote account. In the case of the buyside, that is typically done by the custodian, with a dedicated “trilateral” account control agreement (ACA) signed between the parties and a custodian. These custodial arrangements require the negotiation and execution of custodial agreements and eligible collateral schedules, which have proven extremely time-consuming in previous phases.

In addition, contractual agreements will need to be signed with every single counterparty, which will require adapting existing or negotiate and execute new credit support annexes and eligible collateral schedules among other things.

Exactly what assets are accepted as collateral and the haircuts that are applied are also subject to negotiation, which introduces further challenges for asset owners less keen to hold assets that impede performance.

Similarly, he said it was important to be mindful of the assets that are being posted as collateral, and to make sure that these can easily be substituted in the event that the fund manager decides to sell assets that have been pledged as collateral.

“I need to be able to quickly substitute those assets [and] I also need to have a way to dispose of assets if something happened to a counterparty, and for some of the assets on collateral schedules I might not be able to readily do that. So they are all considerations that you need to think about,” Harrison said.

According to Purtini Joshi, head of collateral sales Asia Pacific at DTCC, the number of counterparties coming into scope in the final phases will place significant demands on resources across counterparties and service providers.

“What the Australian buyside needs to be wary of is that there is going to be a pecking order among counterparties. If am a buyside firm and I am dealing with three or four broker dealers, to me those broker dealer relationships are very important, but that broker dealer is talking to hundreds of buysides like you. If you leave it too late, you may not get the priority treatment you need,” she urged.

Being ahead of the queue a was part of the reason why the Future Fund, which expects to be captured under phase five, started engaging counterparties six months ago.

“We don’t want to get to the end of the time period when you have got the mad rush for the door, so from our perspective, the sooner we engage, the better the outcome for us,” Harrison said.

“It’s too important to us to have the trading relationships there and we don’t want anything coming up that will stop us trading with a counterparty at a particular time. That said, we have identified what our current top five or six relationships are and will initially focus on those, but then we will try and get the other relationships implemented as soon as possible. It is really driven by the belief that it takes a long time to get this done and, even once you have got the documents [finalised], there is a lot of plumbing to put in place and test,” he said.