Benchmark changes: are you ready for a world without LIBOR? 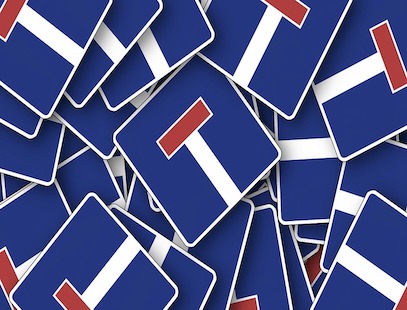 Australian buy-side institutions are being urged to reconsider their exposure to key interest rate benchmark changes amid warnings that some of the key reference rates may no longer be around when their contracts reach maturity.

The risk is particularly prominent where contracts referencing the London Interbank Offered Rate (LIBOR) are concerned, of which there are currently around $5 trillion outstanding in Australia. Switching from a credit-based IBOR to a risk-free rate (RFR) mid contract could have serious balance sheet implications, officials have said.

Speaking to Fund Business, Guy Debelle, deputy governor of the Reserve Bank of Australia (RBA), said the risk of a benchmark ceasing to exist should not be underestimated. “There is a real and material risk that come 2021, LIBOR will cease to exist and that will affect a significant number of longer-dated contracts in Australia. It is very important that Australian buy-side institutions prepare for the impact this could have on legacy products,” he said.

While changes are being made to benchmarks across the globe, LIBOR faces particular challenges as the underlying market that LIBOR seeks to measure – the market for unsecured wholesale term lending to banks – is no longer sufficiently active. That means panel banks have to use some level of expert judgement when making submissions, a process which exposes them to significant legal risk and is therefore becoming increasingly unpalatable. Earlier this year, officials from the UK’s Financial Conduct Authority (FCA) publicly declared they would no longer compel or persuade banks to submit LIBOR rates past 2021; a decision which could spell the end of the benchmark. Instead, a public-private sector working group in the UK has chosen the Sterling Overnight Index Average (SONIA) as the preferred RFR for the UK market. Similar groups in other jurisdictions have selected other RFRs for LIBOR rates denominated in other currencies.

The transition however, is easier said than done. For one, comparing the two rates is like comparing apples with oranges. LIBOR is a credit-based reference rate. It essentially reflects banks’ unsecured cost of borrowing over an extended term, and is traded at tenors of one, three, six and twelve months. SONIA is an overnight benchmark rate that is based on unsecured borrowing transactions with, as yet, no liquidity further out on the curve. Some market participants believe that term fixings will need to be developed for SONIA to be able to replace the use of LIBOR in some products, and that is a significant change.

The International Swaps and Derivatives Association (ISDA) acts as an observer in the various public-private working groups on benchmark transitions. Keith Noyes, regional director Asia Pacific at ISDA, said that developing a term structure and credit spread on an overnight cash rate are major challenges in the transition process. “These are issues that the various RFR working groups are looking into,” he said.

Debelle said that developing a term structure and credit spread in the absence of observable transactions introduced a “chicken and egg problem.”

“If the source of the problem is the fact that the LIBOR market is small relative to the size of everything that references it, then it is not obvious that just shifting it to an overnight index swap (OIS) rate won’t land you in exactly the same position,” Debelle said.

A second challenge is the impact that the change in benchmarks will have on legacy trades. Such a change is unlikely to be without consequences and it is very important that market participants are familiar with the contractual and P&L implications.

ISDA’s Noyes said the migration process from LIBOR to RFR could result in value transfer from one counterparty to another. “Let’s assume you are completely comfortable and you don’t perceive there to be any P&L impacts that are negative to you, then you would be open to having your contracts re-papered to this new rate. If your assessment is that the new rate causes P&L losses, then you may be more reluctant to want to transition to the new rate without some form of compensatory adjustment being made,” Noyes said.

The public-private sector working groups are considering how to minimise the potential for this value transfer. One proposed solution comes from Darrell Duffie, Stanford Professor and chair of the Financial Stability Board (FSB) Market Participants Group for Reference Rate Reform. He proposes an auction-and-protocol approach to the conversion of legacy contracts.

Under this model, market participants will be able to enter into an auction where bids and offers of compensation rates for replacing LIBOR with the new floating rate will determine a market clearing compensation rate for their legacy contracts. That auction rate can then form the basis for a protocol at which all counterparties, even beyond those participating counterparties, will be able to convert their positions. This conversion process should begin well before the end of 2021, once market participants have achieved some familiarity with the new reference rate and its related derivatives.

“It is likely that a huge amount of legacy LIBOR contracts will need to be rewritten. The party that receives LIBOR will need to be compensated for the smaller interest rate they’ll receive under the new reference rate,” Duffie told Fund Business. He said feedback on the model has been positive.

“Auctions tend to be fairly successful at discovering fair compensation and market participants won’t lose anything by participating in an auction. However, if they chose not to do anything, their positions are likely to become less valuable over time as they will be subject to the vagaries of LIBOR and whether that reference rate will continue to exist long enough for them to settle their contracts,” Duffie said.

As well as working on RFR transition, ISDA is separately working on an initiative to develop fall back arrangements. The idea here is that if an IBOR benchmark ceases to be published, there would be a standardised and robust fall back process in place. The FSB has strongly encouraged market-wide adoption of agreed robust contractual fall backs across all products that reference these benchmarks.

The case of BBSW

In Australia, the situation is somewhat different. For one, unlike LIBOR which relies on banks to provide their subjective estimate of the lowest rate at which it could obtain funding in a reasonable market size, BBSW is currently based on live, executable bids and offers in Prime Bank Eligible Securities. So long as the panel of prime reference banks – which currently comprises the big four banks – maintain their issuance programmes and prime bank ratings, there is a ready supply of observable transactions from which BBSW can be calculated.

Debelle said that while it would be prudent for any user of any benchmark to keep in mind the possibility that a key benchmark might fall away, the BBSW methodology is significantly more robust than its LIBOR counterpart. “We are fairly confident we can keep BBSW going based on the fact that it is a transactions-based measure that references a fairly homogenous set of prime banks’ borrowing rates. The fact that it is based on observable transactions with a decent amount of supply and demand means there is enough liquidity to provide a reliable benchmark least for the foreseeable future,” Debelle said.

The Australian Securities Exchange (ASX) took over administration of the BBSW from the Australian Financial Markets Association (AFMA) in January 2017. It is currently implementing a number of methodology changes to further strengthen the benchmark. This will involve calculating the volume-weighted average price (VWAP) of transactions during a longer rate set window from 8.30am to 10.00am, and the establishment of a sequentially staged calculation waterfall based on existing national best bids and offers (NBBO) to strengthen the fall back arrangements. The VWAP methodology is scheduled to be operational in early 2018, while the NBBO calculation method has been in place since August 2016.

While industry and regulatory support for BBSW looks solid, work has also been conducted to further develop the overnight index swap rate (OIS), which is the Australian risk-free benchmark of choice. Since May 2016, this rate – which is administered by the RBA – has been calculated directly from market transactions data rather than from submissions of each participant’s aggregate transactions.

Like SONIA, the OIS is not a perfect substitute for BBSW, as most obviously it doesn’t incorporate a significant bank credit risk premium. However, Debelle said there are instances where the OIS might be more appropriate than the traditional BBSW reference rate and industry participants should consider their options when deciding on benchmarks.

“While we are pretty confident we can keep BBSW going, it is important for market participants to ask whether it is the most appropriate benchmark for their financial contract. BBSW is often the default option, without people actually thinking about whether it is fit for purpose and for certain financial products such as floating rate notes, it could make sense to reference the OIS instead of a credit-based reference rate. The swaps market has already shifted to OIS away from BBSW and even for State Government paper there is no particular reason why you need to issue that at a spread to BBSW, the OIS is just as plausible a reference rate,” Debelle said.

For further information on the impact of benchmark changes in Australia, please see a recent speech by Guy Debelle which can be found here.

The changing face of best execution

The future of Australian research: will CSAs be sufficient?
Scroll to top