The future of Australian research: will CSAs be sufficient? 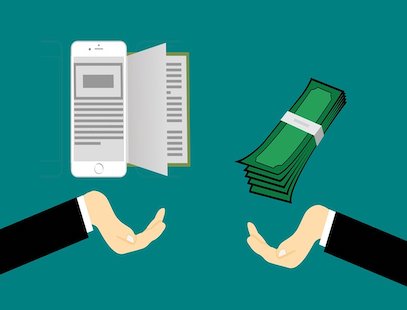 As research unbundling looks set to become global best practice, Australian buyside institutions will come under increasing pressure to start paying for investment research that they have traditionally received for free. What are the research payment models available and what will be the impact on the industry?

Research unbundling is a MiFID II concept that, for operational and commercial reasons, is likely to extend far beyond its European borders. While historically, investment research was often provided for free to generate investment ideas and trading commissions, MiFID II is clamping down on this practice as part of a wider crackdown on the payment of inducements.

Instead, asset managers that are caught by MiFID II now have to pay for research separately, with the option of either taking those costs onto their own balance sheets, or passing them on to clients through so-called research payment accounts (RPAs).

Although there have not been any indications that Australian regulators will follow the EU down the unbundling path, experts say that in practice, Australian market participants will have to follow suit, or risk losing business.

​Speaking to Fund Business, Benjamin Quinlan, CEO and Managing Partner of consultancy firm Quinlan & Associates in Hong Kong, said that research unbundling is becoming a core focus among Asia Pacific asset managers. “We are getting a lot of inquiries from funds that have no nexus or obligation under the MiFID II regime, but that are nevertheless receiving inquiries from their end investors around their planned course of action.

“Essentially, the view from the end investors is that if managers in Europe can offer increased transparency around investment research costs, then why can’t asset managers in Asia and Australia,”

That was echoed by Clare Witts, head of relationship management Asia Pacific at ITG. “This change is coming to Australia, not because of Australian regulatory directives but because the global landscape has changed and investors are becoming more proactive about the way in which their money is being managed”, Witts said.

At the same time, internationally oriented fund managers operating across Europe and Asia Pacific are also raising the bar by implementing unified global research payment models as part of their broader MiFID II compliance processes, for both competitive and operational reasons.

​“Most of the international managers we have spoken to say that, to the greatest extent possible, they will move to a fully unbundled research payment model to reduce operational complexities of operating multiple global payment processes, as well as for best practice purposes,” Quinlan said.

In Australia, many larger asset managers have introduced Commission Sharing Agreements (CSAs) as a step towards MiFID II compliance.

Witts said that over the course of the past 18 months, there has been a rapid evolution towards separating trade execution and research processes among large Australian fund managers with global operations, with many asset managers implementing CSAs as part of that process.

“A lot of the large Australian asset managers are very familiar with CSAs and having these in place certainly helps to make the split between research and execution. What we are starting to see now is portfolio managers having discretion over research spending while the trading desk has discretion over who gets the orders, with much more of a focus on best execution around that trading piece.”

Witts said that while CSAs are a useful tool for unbundling trading from research, the MiFID II regime is more stringent.

While a CSA helps to separate a commission payment into an execution component and a research component, there are significant differences between CSAs and a full RPA model. One particularly important requirement under MiFID II is that specific research charges to each client must be based on a research budget that is established by a stated need, and can’t be linked to the value and volume of transactions. What that means in practice is that asset managers are required to set up an up-front monetary budget for research, which is not typically facilitated in a simple CSA structure.

“Investors are now asking for a more formalised process, which includes these budget considerations. They want to know how a fund manager decides on an appropriate price to pay for research and that concept of actually deciding in advance how much research is worth is something that a lot of Australian asset managers had not foreseen they would need to implement,” Witts said.

Quinlan said that at this stage, budgets varied widely, with research spend as a proportion of assets under management ranging anywhere from 1-2 basis points (bps) to 8-10 bps depending on the asset manager in question. “It hasn’t been the most scientific process to set research budgets, which is why you are seeing them vary quite drastically between different fund managers,” he said.

It is not just Australian asset managers that are struggling with the concept of valuing research. Even in Europe, asset managers were still struggling to put in place a robust research valuation methodology in the months running up to January 3 – not least because of the difficulties inherent in determining the contribution of research to returns.

Meanwhile, the pricing of various research services remains in flux. Across Asia-Pacific, Quinlan said that asset managers are taking a wait and see approach as sell side brokers continued to adjust their pricing schedules.

“Initially, a lot of the pricing schedules were quite unacceptable, they were far too high. As prices have come down, it has given asset managers an idea of just how much research they can afford to pay for,” Quinlan said.

That figure is likely to sit far below what they have traditionally consumed. A recent survey by Oliver Wyman found that investment managers were planning to cut lower quality providers and instead would focus on “a core group of 4-6 global suppliers and a long tail of select specialists.”

This in turn will significantly increase competition among sell-side research providers, with some suggesting they may struggle to compete with the quality of coverage provided by independent research houses.

Quinlan said he expected global investment banks offering waterfront research to narrow their coverage universe, while tier2 waterfront providers would find the new competitive environment even more challenging and might be forced out of the market altogether. Instead, he expected independent research houses, led by well known analysts specialising in particular sectors or geographies to increase in popularity.

If the situation for sell side research desks looks challenging, smaller asset managers may also struggle to pay for research. Under the MiFID II model, they can either pay for research themselves through P&L, or to pass it on to clients. So far, the trend overwhelmingly seems to support the P&L approach, with passing additional costs onto clients seen as commercially too unpalatable. However, absorbing the costs of research can be a material expense for a fund manager.

Oliver Wyman’s analysis suggests that research costs make up on average only 1–3 basis points (bps) of the total charges of active managers of around 60bps that are ultimately born by end investors. Yet absorbing these charges could add 2–4% to operating costs for asset managers, equivalent to a 4–7% profit reduction.

Oliver Wyman said that absorbing research costs will be disproportionately burdensome for small and mid-sized investment managers, and especially those with diversified offerings. “Research is one of the costs in investment management that does not increase in direct proportion to [assets under management], being more closely connected to the breadth of offering. As such, smaller firms will not be able to afford such a wide range of external research providers, nor will they be able to rely on the in-house research teams available at the largest investment managers.

Small and mid-sized firms, particularly those focused on equities, may need to substantially reduce their consumption of research or pass the cost to end-investors, which means being able to justify the use of research through differentiated performance,” the Oliver Wyman report found.

Cost considerations are also making many investment managers review the size and role of their internal research teams, with many opt to reduce their external research consumption in favour of building internal teams.

Benchmark changes: are you ready for a world without LIBOR?