The changing face of best execution 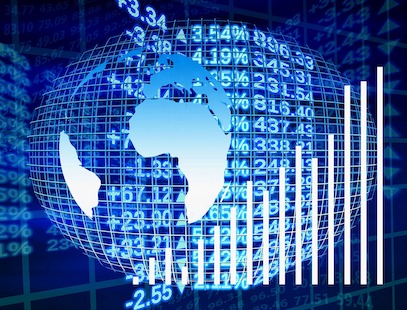 Europe may be half a world away, but its financial regulations are making waves across the globe, including Australia. The Markets in Financial Instruments Directive II (MiFID II) research unbundling and best execution requirements, which come into effect on January 3, 2018, are a case in point.

“MiFID II is a European regulation, so from a regulatory perspective the implications for Australian asset managers are quite limited. However, what we are noticing is that from a commercial perspective the ability to be able to demonstrate compliance with MiFID II best execution is becoming very significant indeed. It’s a topic that comes up in every single conversation we have with clients around Asia Pacific and we would expect Australian asset managers to face those questions too,” Roland de Marsangy, head of business development Asia Pacific at Liquidnet in Hong Kong says.

While there are still plenty of questions around the finer details of MiFID II implementation, there is no question the Directive will raise the bar where best execution is concerned.

The research unbundling requirement, which is stipulated in article 13 of the MiFID II Delegated Directive, ensures that asset managers captured by MiFID II are no longer able to accept free research in return for flow. Instead, they will need to either pay for research themselves, or pass the cost of research on to clients through so-called research payment accounts (RPAs).

At the same time, they will need to take ‘sufficient’ steps to achieve best execution on orders across a broad spectrum of asset classes. They will need to consider multiple factors, including price, speed and likelihood of execution and settlement, not only on a pre-trade and post-trade basis, but on an on-going basis, to ensure the intended outcomes are being achieved.

Firms will also need to report these processes for each of their top five execution venues, including a list of the quantitative and qualitative factors used to select the execution venues on that list. This should include an analysis to determine whether or not other suitable venues exist.

Hani Shalabi, co-head of execution services APAC at Deutsche Bank in Hong Kong said that as a result, interactions between buyside and sell-side institutions are becoming more professional, driven by results, rather than relationships.

“In the past, buyside firms would send us orders on the basis of research we provided or because they had a history of trading with us and felt comfortable doing so. Going forward, they will need to demonstrate that that choice is based on best execution, our ability to provide the best volume at the best price for that particular trade at that point in time. Relationships are still important, but when it comes down to it clients will trade with whoever provides the best liquidity at the best time,” Shalabi said.

In Australia, that is likely to create a more level playing field between execution only providers and those that also provide research.

“There are some execution-only brokers in Australia that routinely outperform on price and execution quality, but that don’t get any flow during reporting season simply because they don’t provide research. Going forward, I expect that this will change, there will be a greater focus on performance rather than relationships and execution slippage will become a greater concern,” Dan Enstedt, vice president business development at FlexTrade in Sydney said.

Demonstrating best execution in a MiFID II compliant way, however, is easier said than done. That is partly because there is no clear consensus on how the MiFID II best execution requirement should be implemented at European level, let alone an industry standard way of measuring it.

In liquid equity markets, where data is transparent and readily available, transaction cost analysis (TCA) is typically the first port of call when complying with best execution requirements, at least insofar as it presents a set of performance metrics that demonstrate the quality of execution of a particular order.

Asset managers are also increasingly using algo wheels and broker wheels to systematically allocate orders to algorithms and brokers. These wheels would use data from TCA among other things to determine whether to direct a certain trade to an algo or a broker, as well as the type of algo or broker that would be most appropriate.

Shalabi said a major trend in recent times has been the move towards automation of smaller orders through the use of algo wheels. “We are noticing a clear increase in the use of algo wheels to direct order flow. That is driven by best execution, having to evidence every single order becomes very time consuming for buyside clients, so it makes sense to try to automate these processes as much as possible, at least where smaller more liquid orders are concerned,” Shalabi said.

Even so, best execution under MiFID II is about more than price, so relying on TCA alone is not going to be sufficient. “In liquid markets, TCA is the natural first answer to best execution, because in those markets, you have all the data and it is very transparent. But TCA alone is not sufficient. Best execution is not just about price and there are all these other factors to take into consideration that a typical TCA report would not include,” Enstedt said.

In less liquid markets, the situation is even more complicated. Algo wheels are virtually non-existent and the data required to support the TCA may not be available. Indeed, a recent survey by CRISIL of 92 asset managers subject to the full scope of MiFID II found that more than two thirds of those surveyed were still undecided over defining the best execution criteria for fixed-income and other non-equity products. That was due to the lack of appropriate pricing references and viable TCA products for fixed-income and over the counter (OTC) offerings.

At the same time, firms reported significant challenges over data management (sourcing, retention, integration, quality and validation) across multiple trading channels. Then there is the matter of being able to justify the actual selection of brokers, a process which opens up another can of worms entirely.

John Greenan, CEO at Alignment Systems in Sydney said that to be able to make that assessment, asset managers will need to invest more in good quality data to be able to assess market micro structures and to analyse brokers execution capabilities on a per stock basis. “Under MiFID II, you need to be able to demonstrate why you picked the five banks that you requested quotes from, why at any point in time, their best price would have been the best price you could have got had you asked anyone on the street. That is what the more advanced buyside firms in Europe are now looking to achieve and that requires a significant investment in data and technology,” he said.

De Marsangy said that going forward, asset managers will need to have much better understanding of the market. “Simply taking a price will not be good enough anymore. When you talk to regulators, the first thing they’ll ask you is why did you ask these five brokers. That selection process will become a key component, so one of the key points that is now critical is to make sure that you know what is acceptable or not from a pricing perspective and to make sure you connect to the right liquidity sources, which will be very different depending on what you are trading,” de Marsangy said.

To what extent MiFID II best execution will be adopted as best practice in Australia remains to be seen. At present, the focus is largely on complying with RG 97, which goes some way towards the analysis required under MiFID II but – being focused on costs and fees – is not quite as comprehensive.

Jason Foo, director, investment advisory at Deloitte in Sydney said that it would be down to asset owners to demand accountability and transparency on best execution. “For best execution to become the norm in Australia, it has to be driven by asset owners. The issue with some of these requirements is that if it doesn’t have the commercial impact on business or performance and it is not driven from the top, there is little incentive to implement it. We are certainly seeing the larger asset owners taking an interest, but at this point in time, they remain a minority,” he said, although he added that many asset managers in Australia already conduct sophisticated TCA and have best execution policies in place to win institutional mandates.

Greenan said that for fund managers not directly captured by MiFID II, the importance of the best execution requirements might take some time to become apparent. However over time, winning global business should become contingent on being able to demonstrate best execution. “Over the next few years, you can expect a lot of the language covering the mandates to include a requirement for processes to be MiFID II compliant and this is what will drive the extra territorial nature of MiFID II best execution,” Greenan said.

Benchmark changes: are you ready for a world without LIBOR?
Scroll to top