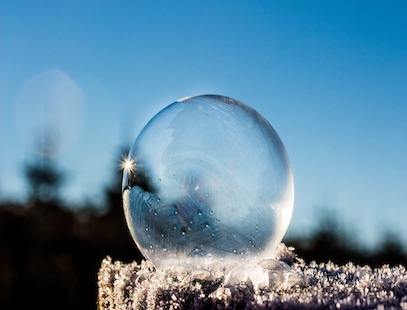 ​“This industry has been designed by asset managers for asset managers, legitimised by consultants by creating hundreds of categories, thousands of thousands of products that frankly have no reason of being, without ever asking what is it that the allocator wants, what is the objective that the allocator is trying to solve for,” Gulati told the Alternative Investment Management Association Australia Forum in Sydney this week.

​Two Sigma is a technology-driven systematic investment firm with $52 billion under management. Over the course of the past decade, assets under management have increased fourteen-fold, but it hasn’t all been smooth sailing.

“In the two years subsequent to 2007, we lost 40 per cent of our assets and that was not because we lost any money,” Gulati said. To the contrary, the firm has achieved positive returns every year since 2007.

The problem, Gulati said, was due to a lack of transparency. “We were just liquid, we were a cash machine, but we were not transparent, our fees were high and we were so focused on alpha and our product that we sort of ignored our investors and we ignored who our investors were,” Gulati said.

To attract institutional investors, Two Sigma has had to reinvent itself as a more institutionally oriented manager focusing heavily on transparency and proactive communication with its institutional client base.

Over the course of the past decade, the fund manager has also benefitted from a growing appreciation of the value that technology can bring to the investment process, coupled with a relative outperformance of systematic investment strategies. At the same time, it has been at pains to assuage fears that ‘black box’ investing carried more risk than fundamental investment styles.

“At the end of the day, the human brain is the ultimate black box. In our case, everything is audited, everything is code. There is a logic to everything. Try having a human explain to you why they made a decision or didn’t make a decision, that is the real black box,” Gulati said.

For a fund manager like Two Sigma, which uses more than 10,000 data sets to support its investment decisions, technology is key.

Gulati said the abundance of data that is currently available – most of which comes in unstructured format – coupled with a declining time value of data sets, means technology is essential when staying abreast of market developments.

“Everything is moving so fast, if you look at a Bloomberg machine, it is not designed for humans anymore. You could stare at it all day long and how many pages can you call up? A hundred or a thousand … and that is just one source of information,” Gulati said.

In the case of Two Sigma, the technology evolves around highly customised proprietary tools. “If you think about first of all the sheer size of data and the scale of data, you cannot rely on commercial tools. You have to often build some very specialised proprietary tools, at least we have had to,” Gulati said.

However, he said that the human context remains essential, particularly in the context of unstructured data and artificial intelligence, where – despite vast improvements in ‘narrow artificial intelligence’ such as natural language processing techniques – the concept of a thinking machine remains a long way off. In particular, the ‘common sense’ aspect that humans take for granted is something that is yet to be replicated in machine format.

“It is not that humans aren’t necessary and you can just unleash a vast amount of compute to a vast amount of data and out comes an algorithm, I think that would actually be quite dangerous. I think the human context matters, it is just about channelling that intuition, the context, the understanding of the markets et cetera into more scalable actions and that is where technology comes in,” Gulati said.

The value of interpretation

Going forward, Gulati said the true value of data will no longer be in the information it provides, but in the interpretation of the results.

“In the early generations just merely being able to source the right data was a differentiator… the interpretation arguably didn’t matter as much because well just having the data was powerful enough. If you accept that data will get commoditised and there won’t be such a unique proposition to be able to source the data, then … the balance of power will shift to the interpretation capability,” Gulati said.

That is where humans can play their role. “Finance is not a stationary field, it is very complicated, human context matters, there are limitations to the data, there are limitations to some of these techniques, the things that we take for granted that we can do… I think this is where humans have an enormous role to play is in being able to use common sense on what data to ignore how to play out problems so I think it is a combination of the two,” Gulati said.

Harmonised derivatives reporting: are you ready to share and pair?