Harmonised derivatives reporting: are you ready to share and pair? 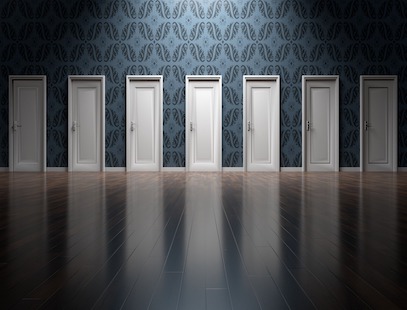 Cross border reporting of over-the-counter (OTC) derivatives trades has been a significant challenge for market participants operating across jurisdictions. With reporting rules, data fields, terms and formats varying from one jurisdiction to another, reporting trades that involve more than one jurisdiction can be inefficient and costly. While significant inroads are being made to harmonise critical data elements globally, challenges remain. This could complicate the ability for buyside to delegate reporting.

A patchwork of regulations

Trade reporting is a cornerstone of the regulatory response to the global financial crisis, the idea being that by reporting trades to a central repository, it will be easier to identifåy a potentially dangerous build-up of systemic risks going forward. However, while there has been broad consensus about the importance of increased transparency, different regulators have tackled the issue in different ways.

Keith Noyes, director at the International Swaps and Derivatives Association (ISDA) in Hong Kong, said that while those differences remain, it is difficult for regulators and market participants alike to compare data sets. “The original idea behind trade reporting was to report potential risk concentrations and address the opacity in OTC derivatives markets. However, since then, different regulators have implemented these requirements in different formats and with different objectives. The end result is that it is very difficult to aggregate the data. It’s apples and oranges,” Noyes said.

​For example, while the U.S. has opted for single-sided reporting – typically conducted by the sell-side on behalf of the buyside counterparty – Australia and the EU have opted for double-sided reporting, with an ability for buyside to delegate reporting.

To correctly identify the legal entities in question, the EU has imposed a legal entity identifier (LEI) requirement on all counter-parties, but that requirement is not imposed in other jurisdictions. In Australia, for example, reporting entities are allowed to report the LEI, but technically speaking they are only required to have Australian local identifiers. ASIC has said it will continue to monitor the effectiveness of LEI’s but for the time being it is happy to give reporting entities the flexibility to report the LEI as one of a number of alternative identifiers.

Similar differences in requirements exist where reporting of trades is concerned.

ASIC currently provides market participants with a number of options. For the time being, they can report a universal trade identifier, a single identifier, or an identifier used by the trading venue, or – if none of those are available – an internal identifier. The CFTC in the US has mandated a Unique Swap Identifier (USI) consisting of a 10-digit alphanumeric namespace and an up-to 32 character identifier. ESMA requires the use of a Unique Trade ID (UTI) of up to 52 alphanumerical digits and Singapore’s MAS allows the usage of a unique trade identifier generated by a CCP, an electronic confirmation platform, or bilaterally agreed code.

According to the Depository Trust & Clearing Corporation (DTCC), the lack of global coordination is compromising regulator access and risk analysis, while also increasing the costs for reporting entities. “Reporting rules, data fields, terms and formats vary from one jurisdiction to another, fragmenting the reporting environment for firms that are regulated in multiple jurisdictions. Such fragmentation also increases the costs for all involved in reporting and using the data. More important, perhaps, is the diversity in the data fields, terms and core elements required in different jurisdictions – which raises compliance costs and hampers the objective of data aggregation to monitor systemic risk,” DTCC wrote in a recent white paper.

While many buyside firms in Australia opt to delegate reporting, finding a suitable delegated reporting entity can be a challenge amidst the patchwork of different requirements. Offshore participants may not have the capabilities to report in local formats, or they will charge a premium for doing so.

“So long as there is no universal approach to UTI’s, reporting cross border flow is problematic. That problem is further exacerbated when you’re dealing with buyside firms that delegate reporting to offshore participants dealing with different reporting formats,” Oliver Williams, Head of DTCC Data Repository at DTCC in Singapore said.

This issue has not gone unnoticed. Over the course of the past few years, a number of key industry bodies have been establishing data and processing standards for OTC derivatives, along with guidance for implementing these standards in ways that harmonise reporting practices across jurisdictions.

ISDA is developing a Common Domain Model (CDM) of data and process standards for OTC derivatives, while the Financial Stability Board (FSB) is collaborating with the Committee on Payments and Market Infrastructures and board of the International Organisation of Securities Commissions (CPMI-IOSCO) to formulate governance and technical guidance to underpin common data standards for derivatives reporting.

Key among these developments are the UTI, also known as the “share and pair requirements”, and the Unique Product Identifier (UPI), for which CPMI-IOSCO has issued technical guidance.

The UTI is meant to uniquely identify individual financial transactions in reports made to trade repositories so as to minimise the likelihood the same transaction will be counted more than once.

“At its most fundamental level, unless you have a unique transaction identifier that both parties use, it can be very difficult to tell whether the trades that are reported are two different trades or whether they are two sides of the same trade that simply need to be reconciled,” Noyes said.

The UPI meanwhile is meant to identify the product that is the subject of an OTC derivatives transaction. Under the Technical Guidance, a unique UPI code would be assigned to each distinct OTC derivative product and would map to reference data elements with specific values that together describe the product.

To date, no jurisdiction has yet incorporated these guidelines into their regulatory frameworks, due in part to jurisdictions’ varying approaches to product taxonomy and challenges around timely exchange of UTIs between counter-parties.

However, the FSB’s recommendation is that jurisdictions implement the UTI no later than end 2020 and in Australia, ASIC will require market participants to report a trade identifier that is a ‘universal transaction identifier’ or a ‘single transaction identifier’ from 1 April 2020. Until then, the regulator will provide transitional relief, a period that has recently been extended to help industry with the practical challenges of implementation, which ASIC said will include finalisation of governance matters and necessary changes to IT and other processes.

The FSB is still consulting on the UPI.

While there are clear benefits to harmonised reporting, the implementation challenges should not be underestimated. DTCC’s Williams said that superfunds and asset managers in particular would need to decide on a process that resolves these requirements across a multitude of parties.

“Implied in the definition of a UTI is that it must be agreed by both sides. In a pure sell-side scenario where trades are conducted electronically, that isn’t necessarily a big challenge. However, for asset managers and superannuation funds it’s a bit more problematic because there are typically more parties and processes involved,” Williams said.

“We do see this as a problem and we do see buyside firms struggling to reconcile what they are reporting versus their counterparties in terms of the identifiers,” Williams said.

Delegated reporting as a service has popped up as a service to address some of these issues, however, many of the deadlines for reporting are on a T plus one or a T plus two basis, which is extremely tight if you consider the various processes that a typical buyside trade would go through.

Rishi Kapoor, director policy Asia Pacific at ISDA said this is partly a function of the complexity within the funds management industry and it’s an issue that will need to be resolved.

“In the funds management industry, there are a lot of service providers and reporting is typically delegated. At what point will that service provider have all the information they need to report? If you are doing a block trade or a structured trade where you have multiple sub-funds sitting behind the investment manager, you may not get the splits until three days after execution. Meeting those reporting deadlines when trades that go through block and allocation processes can be a challenge,” Kapoor said.

Much of this work will need to happen in the next few years when regulators work to finetune current standards, such as through CPMI IOSCO’s recommendations on harmonising critical data fields.

Kapoor said that while these projects would require additional IT amendments, the refinement phase would be an important one. “Regulators have put in place their reporting requirements, but how can you optimise it? How can you make changes to make sure it is fit for purpose, that regulators are getting the data that they need and how can you ensure that you are comparing apples with apples and oranges with oranges? We’re only just beginning that process, but it is very important because as long as these differences exist there will be challenges to aggregate data across different regimes,” Kapoor said.

“Big data” and artificial intelligence: where to start?