How investments can learn from horse racing 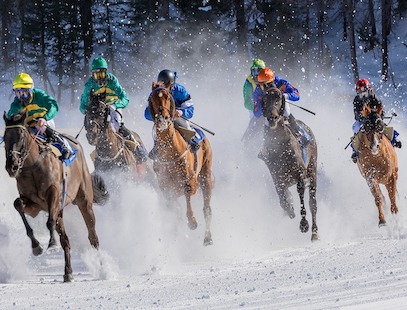 ​If you want to be “out there” in the world of data collection and usage then “reinforcement learning” is the place to be. It’s where a computer is not even given guidelines on what to learn but comes up with these itself through its own activities.​

“It’s incredibly exciting,” according to Nick Wienholt, a quantitative engineer who makes his living designing betting systems for horse racing. Speaking with Chris Robertson, an associate director of Shoreline Consulting at last week’s Investment Data & Technology conference in Sydney, Wienholt said that all betting data was “unstructured” and there were a lot of parallels between gaming and investments. Australia, thanks to its betting culture, was a world leader in the analysis of systems to make money out of gambling.

Much of this was translatable to the professional investment field. “The hardest thing to do, actually, is to match the data,”: he said. “For example, the ‘Commonwealth Bank’ is difficult to match with a search because the two words are so common.” His tip for investment industry punters was to start with their own intuition and what they thought was observable. Then, they should “reverse engineer” the discovery process.

As another example, if a company is in trouble it probably has staffing issues. You could write a script to search Linkedin, he said, which would give you a good indicator of what was going on. “What you do is start with a question: what sort of data would you need to predict an event? Staff changes is one of them. Then you work out how to get that information.”

Robertson said that fund managers needed to be smart about what data they were using, too. More data did not necessarily add value, it might just add “noise”. He felt that a key risk in the application of artificial intelligence and machine learning was the suggestion that this would replace the position of the investment manager. “That’s very dangerous,” he said.

​Wienholt said that managers should not be afraid to be adventurous. In the horse racing industry, for instance, he had witnessed people sitting around a TV screen of country horse races, “probably filmed by someone in the back of a ute, grainy footage”, and they will get some data from that which will give them an edge.

Greg Bright is the editor of Investor Strategy News.

The use of AI in asset management

Computers and the future for active management
Scroll to top