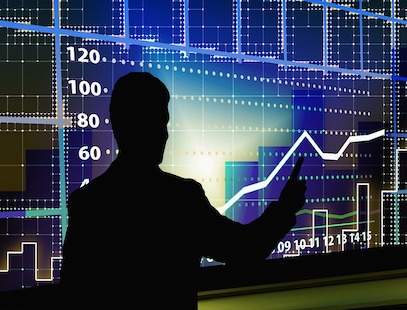 Lounarda David, chief operations officer at IFM Investors, said investment data projects that fail are often implemented by IT on a one off “project” basis, rather than as an ongoing data management programme that’s led by investment teams.

“Often you will see that these projects are run as “projects” rather than understanding that it is an ongoing programme. As your business changes, these programmes need to evolve, they need to stay relevant, but most importantly, you need to understand what value the users want to get out of it and then work back and construct the data to be able to actually deliver on that. If you can’t get value and insight into the information and you can’t tangibly see those benefits, the buy-in does disappear very quickly,” David said.

“It is difficult to make sure that you have got the right people, who can actually translate and understand the investment teams’ motivation processes and work back from that, to make sure that whatever is being delivered is usable, and often it is not usable,” David said.

One of the key challenges when combining traditional IT skills with those required in the front office is the speed at which ideas are generated, tested and disposed of.

Dr Alistair Rew, head of alpha strategies at AMP Capital said building quickly and flexibly on the understanding that models will not be as robust as required for full industrialisation is critical to innovating where front office data management is concerned. “Having that flexible model is really important. If you don’t follow a flexible model what will happen is you’ll get bogged down and not deliver what is required for the investment teams and decision makers,” Rew said.

That approach can be a challenge for IT teams, who typically look to build solid solutions with minimal room for error.

James Bandara, data scientist at Schroders, said there is a clear distinction between IT requirements in a back-office context and those required by the front office.

“In two weeks’ time, what matters to an investor now might not matter at all and you might build something that they never want to use again, so there is no point making it robust,” Bandara told the audience. “That was very hard to get used to because as a developer I like to think of myself as an engineer making good solutions, but when you are trying to solve research problems you kind of have to compromise with that and I think that is the source of a lot of contention with these sorts of projects,” Bandara said.

Engaging investment managers to show an interest in data can also be a challenge. That’s partly habitual. “Humans are creatures of habit, it is hard to force people to change their habits. Investment teams in particular like to go back and use their ‘normal’ processes. They have seen some of these projects as secondary or more aligned to operations or the IT component of the business, rather than having a direct buy into that and management haven’t really forced that […]so I think that mindset hasn’t been right as a result the outcome has been wrong,” David said.

This is where focusing on efficiency gains first can make a significant difference.

“If somebody believes their time is more valuable, save them time. In many cases, when we first start working with a team it is actually about efficiency, it is actually about how do we get somebody their information or their reports or their analytics in a much faster case than they could do it themselves.[…] That is where you get people on board, [but] the real value comes after you have got production times reduced by 80, 90%, 95%, [when] people start asking the questions around how do we combine these pieces of data,” Rew said.

When it comes to measuring success of investment data projects, it’s equally important to take a flexible approach that rewards ideas, rather than set metrics.

Schroder’s Bandara urged against developing set metrics on account of the fact that each project is different and a one size fits all approach could lead to distortions. “The risk is that as soon as you create a metric, it ceases to be a measure. [If] the metric was how many pieces of data are generated by the analysts, are they going to focus less on relevant information and instead try to create more information? It really depends on the investment process as well. If the process is to try and call a quarter of the next results, that is going to optimise for a certain type of data set and a certain type of data guy in your team, whereas if you are looking for more long term structural things that need to be correct and maintained more that is going to add another set of factors that are important,” Bandara said.

Computers and the future for active management