The SFTR: implications for Australia 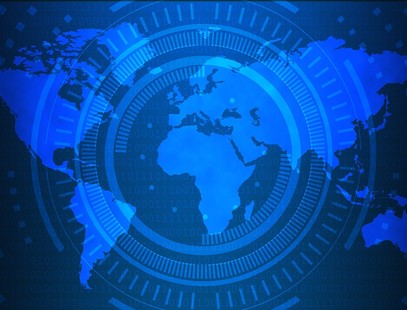 Europe’s Securities Financing Transaction Regulation (SFTR), which is scheduled to come into effect in 2019, will mark the first practical step in what’s referred to as a “seismic shift” in how the industry processes and reports on securities finance trades.

Originally part of a G20 recommendation to address shadow banking risks, the SFTR is the first major roll out of regulation designed to increase the transparency of securities finance transactions globally. It requires firms to report the details of their securities finance transactions (including repurchase agreements (repos) and reverse repos; sell/buy-back and buy/sellback transactions; securities and commodities lending and borrowing; and margin lending and borrowing) to a trade repository (TR). So far, its extra territorial impact is largely limited to financial institutions that have a physical presence in Europe. From an Australian perspective, that would include Australian banks with European branches and asset managers with European funds. Superannuation funds that lend stock to European counterparties could also be impacted in so far as they might need to provide additional information. While that impact may seem relatively limited for the time being, as a G20 commitment, the expectation is that other jurisdictions – including Australia – will follow suit.

In principle, the SFTR will cover EU counterparties, non-EU branches of EU firms and EU branches of third country firms. In the context of the Australian market, that would include financial institutions that have European entities and/or branches in Europe, such as the major banks, but it could also include fund managers with European funds. Australian institutions that do not have a European presence but that are counterparties to transactions involving European entities are not in scope from a legal entity perspective. However, because of the enhanced reporting obligations on European counterparties they may also need to provide additional data.

“If you are an Australian superannuation fund, for example, using an agent lender and you have an onward borrower in Europe, you won’t be in scope from a legal entity perspective. However, because the agent lender and borrower you’re dealing with may have an obligation to provide additional data elements, you may need to provide additional information anyway. That’s the nuance many market participants aren’t thinking about when they are ticking off the “are we in scope” piece,” Val Wotton, managing director at DTCC Deriv/SERV in London told Fund Business.

To say the SFTR reporting obligation is data intensive would be an understatement. It has 153 reportable fields, around 96 of which will need to be reconciled across both counterparties. At a minimum, this requires the reporting of legal entity identifiers (LEIs), unique trade identifiers (UTIs) and International Securities Identification Numbers (ISINs) on behalf of the two counterparties, but SFTR reporting goes far beyond these basic requirements. It also requires detailed information on collateral, including the composition of the collateral, whether the collateral is available for reuse or has been reused, the substitution of collateral at the end of the day and the haircuts applied.

Paul Landless, partner at Clifford Chance in Singapore said the SFTR is an inherently demanding reporting standard, particularly where collateral and rehypothecation are concerned.

“Like most reporting regimes, there are the basic questions involving the counterparties to the transaction, the core economics around the transaction, the principal of the currency and the assets used as collateral. However, a core focus of the SFTR is to look at collateral data in a far more tailored and unique way, so you are looking at questions such as ‘what assets do you use as collateral, what technique will you use to move the collateral, is the collateral available for reuse, can it be substituted, what lending fee and what haircuts are being used?’ That’s quite unique and it’s information that’s different from other reporting regimes, so you can’t just recycle the data fields and reports you use for other regimes,” Landless said.

Landless added that in addition to the operational implications, the SFTR regime will also have legal implications for Australian market participants. “The impact is primarily operational in terms of the technology build required to satisfy the very intensive reporting fields needed, but there are also legal impacts in terms of the traditional questions around consent being given for the reporting and working through privacy restrictions. Those impacts should not be underestimated,” he said.

Landless said that while significant attention has gone to addressing consent around derivatives and transaction reporting, these documentation and protocol amendments do not capture securities lending, which has been specifically exempted from MiFID II.

“This means you have to go back to all your counterparties to see what consent they have provided so far. You’re likely to find that while they consented to Foreign Account Tax Compliance Act (FATCA) and derivatives reporting, they didn’t consent to reporting on securities lending so it is kind of a déjà vu, yet another client outreach letter, another documentation repapering project that you have got to go through all over again, just when you thought you were done after the European Market Infrastructure Regulation (EMIR) and MiFID II,” Landless said.

The role of agent lenders

At present, there is no obligation for agent lenders to report. That responsibility sits squarely with the end client. However, as it’s the custodians that tend to hold most of the relevant data, increasingly there’s an expectation that agent lenders will need to offer delegated reporting.

“Beneficial owners wouldn’t necessarily know what happens to their stock on an intra-day basis, but with the SFTR you have to report all of those transactions, as well as the collateral flows that potentially need to be reallocated. Given the fact that it’s the agent lenders that hold most of the data associated with these transactions, what we’re starting to see is pressure being placed on the agent lenders to actually offer delegated reporting potentially for those beneficial owners,” Wotton said.

This raises the next question, which is how do agents charge for that? Do they pass that on to the borrower or not, and what agent lending disclosures will they need to offer? Wotton said that these are conversations that market participants will need to have with their agent lenders and more broadly just to understand what services they are going to be offering and what impact it will have on them going forward.

From settlement to T plus one

Although in essence a reporting regime, the SFTR will also have a significant impact on processing of transactions. Like EMIR, counterparties will need to report on a T+1 basis, driving an industry wide shift from processing on settlement to processing on the trade date.

“For those institutions that already complete disclosure on trade date, there’s no issue. However, there are also a number of agent lenders that don’t disclose until post settlement. If they take on delegated reporting, they will need to move from settlement date processing to trade date processing. That’s a seismic change in how the industry is going to process the transactions themselves,” Wotton said.

While the SFTR is likely to increase the cost of doing business with Europe for the time being, as a G20 obligation, the expectation is that other regulators will follow suit.

“As with other G20 mandates the expectation has to be that SFTR will get rolled out more broadly,” Wotton said, an expectation that was shared by Landless.

However, that is not all bad news. While in the first instance, the added transparency will primarily benefit regulators, DTCC – which will provide a trade repository for securities financing transactions – will provide beneficial owners with the data it holds on them, which they can use for other purposes. For superfunds that have traditionally struggled to get their board members comfortable with the risk return trade off in securities lending, that increased transparency could help to boost the market.

The GDPR: are you captured?