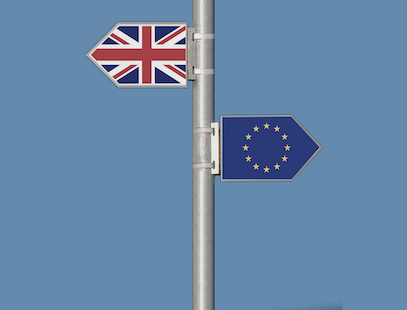 With the prospect of a no-deal Brexit drawing nearer, the Australian Securities and Investments Commission is urging firms with global operations to review their Australian financial services (AFS) licensing arrangements. That includes 285 UK foreign financial services providers (FFSPs) which currently operate in Australia under an AFS licensing exemption. These FFSPs should consider the implications for their AFS licensing status where their global operations are to be transferred to a different EU subsidiary, the regulator said.

“In view of the Brexit date of 29 March 2019, we expect firms to have adequate contingency measures to mitigate the potential implications of Brexit for their operations and importantly, to ensure they have in place appropriate AFS licensing arrangements to provide services in Australia,” Sean Hughes, ASIC Commissioner said.

Jim Boynton, partner at King & Wood Mallesons in Sydney told Fund Business the relief currently extended to FFSPs is under review in part because it is not reciprocal. “There is no mutual recognition. While Australia allows the UK, Luxembourg, Germany, the US, Hong Kong and Singapore regulated licensees to passport into Australia through AFS licensing exemptions, the reverse is not true. Even if UK businesses servicing Australian clients are transferred to other regulated licensees that rely on the passporting exemption, that will be only a short-term solution. The passport exemptions are under review and as a result, many of these firms will either have to apply for an AFS license, change the way they do business, or stop the way they do business,” Boynton said.

Australian firms operating in the UK can derive some comfort from the fact that existing equivalence decisions granted in respect of Australia by the European Commission (EC) before exit day will generally be incorporated into UK law and will continue to apply to the UK’s regulatory and supervisory relationship with Australia, post-Brexit. However, the Bank of England (BoE) has confirmed that it will conduct an equivalence assessment of Australia’s regime for central counterparties, notwithstanding equivalence being granted in favour of Australia by the EC under Article 25 of the European Market Infrastructure Regulation (EMIR). ASIC said that together with the Reserve Bank of Australia (RBA) it is working with the BoE on the equivalence assessment.

Preparing for a no-deal scenario

Hughes said ASIC is “well placed” to manage the impact that would arise from a no-deal scenario, under which the UK would leave the EU and become a third country without a withdrawal Agreement and framework for a future EU/UK relationship in place. The regulator said that among other things, it is working with the RBA and the BoE to ensure business continuity for systemically important Australian firms operating in the UK.

It also expects the ASX Group, which has notified the BoE that it wishes to enter the UK central counterparty temporary recognition regime, to continue to be able to provide clearing services in the UK.

“ASIC has identified a small number of regulatory actions that will be needed and, as necessary, we envisage completing these steps ahead of the UK’s withdrawal from the EU in a ‘no-deal’ scenario,” Hughes said.

There will be new Memorandums of Understanding (MoU) between ASIC and the UK Financial Conduct Authority (FCA) and the BoE respectively. Post Brexit, the FCA will take over the functions and supervisory powers in relation to credit rating agencies, benchmarks and trade repositories that are currently supervised by the European Securities and Markets Authority (ESMA). That requires new Memorandums of Understanding (MoU) on trade repositories and credit rating agencies and an update to the existing MoU on alternative investment funds.

Similarly, the BoE will acquire functions and powers in relation to non-UK central counterparties, also currently exercised by ESMA, which requires ASIC and the BoE to update information sharing arrangements on clearing and settlement facilities.

Data governance: no one size fits all