Innovation and efficiency: in search of the holy grail 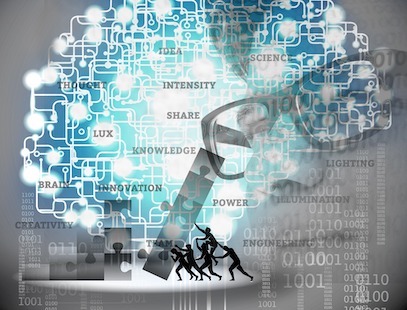 In a climate of rapid technological innovation, deciding which technologies to adopt, when to innovate and when to pass on potential new trends is an increasing challenge.

Speaking at the 5th Asset Manager Summit in Sydney last week, a panel of industry experts debated the most appropriate way for asset managers to approach the innovation question, ranging from the “if it’s not broken, don’t fix it” mentality to the other extreme of implementing a “solution” that is looking for a problem.

Ross Fox, Interim Head of Australia New Zealand at Calastone said that while many organisations have traditionally taken the “if it’s not broken, don’t fix it” approach, they could lose out in terms of performance improvement. “I don’t think it is a particularly healthy way to think about [running a] business. ‘Not broke’ does not mean you perform optimally as a business,” Fox said.

However, with a vast range of new solutions hitting the market at very regular intervals, knowing when to invest in new technologies inevitably involves risk too. At worst, market participants could end up with the proverbial “white elephant” – a technology that can’t be disposed of and that is more costly to maintain than it adds value.

Gil Orski, Chief Operating Officer at Aberdeen Standard Investments said that new technologies inevitably come with a degree of risk. However, he said that risk could be mitigated by ensuring the technology serves a clear business need.

“There needs to be a willingness to try and not all outcomes will necessarily be optimal,” Orski said. “Where I have seen a lot of things not go well is often when a particular team owns a process, but they are not necessarily the user of that process.” Orski said.

Orski said the way to deal with that is to engage with the business prior to rolling out a solution. “Engage with the people who are actually going to be using it because you can just have a great piece of technology or a great new system that just frustrates people or doesn’t get used. That is obviously to everyone’s detriment, when those resources could be put to much better use in a different way,” Orski said.

“Be prepared to fail, because projects will fail, but also be bold enough to identify where something is failing and put a stop to it,” Coble said, adding that “if it’s a technology project then I think it is doomed to fail. It really needs to be driven by senior stakeholder support and strong business engagement.”

Efficiency is often highlighted as a key motivation driving technology upgrades. In particular, automating tasks that have previously been completed manually can bring significant benefits.

“From our perspective it really doesn’t make sense for an asset manager platform or registry to be throwing people at a process that can be executed to a much higher degree of accuracy through automation and technology,” Fox said.

It can also have a positive impact on employee satisfaction in the business. Nicolas Le Clech, head of product transformation at BNP Paribas Securities Services noted how in BNP Paribas’ custody business, increased automation has noticeably improved staff satisfaction as recorded in the group’s annual Global People Survey. “When people heard the term ‘Robotic Process Automation’ for the first time they envisaged an office with no people left, but the reality is, it does free up time that was spent on very repetitive, low value-added activities. By getting rid of repetitive tasks, the biggest outcome has been employee satisfaction and we have seen large improvements recorded in our latest staff survey,” Le Clech said.

However, while there is no doubt that aiming for efficiency is a solid objective, it is not the only objective driving innovation, nor is it always achievable.

“Efficiency is the holy grail, but I think the honest answer is if we can keep our change budget static, flat year on year, then we are balancing the need for re-investment and cost management. I think it depends on the initiative,” Coble said.

Indeed, client service improvement has proven a recurring theme throughout the conference, ranging from initiatives to ease the pain of client onboarding through to improving customer insights and client engagement.

Orski said that as an industry, asset managers have been lagging other industries in terms of their ability to share insights and engage with clients and customers. He said providing clients with the technological capability to self-service and access information is one key area of focus for Aberdeen Standard Investments at this point in time.

“That is probably a space where [as an industry] we haven’t done a great job looking after clients, both retail and institutional. [It} can be a little bit challenging sometimes, because some people feel like you are giving the secret sauce away, but […] the reality is, these days with a lot of transparency around the world, that [information] is available,” Orski said.

​“It is effectively about giving either people directly, or their advisors, the opportunity to more efficiently manage their affairs,” he said.

Data governance: no one size fits all
Scroll to top