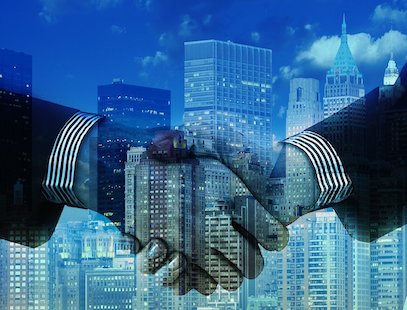 Trust in the financial system at the advisor level had halved in the run-up to the Royal Commission, according to research by CoreData, but is starting to come back. Similarly, flows into industry funds, which had doubled, are moving back to longer-term averages.

Speaking during the first session at last week’s Fund Summit in Sydney, Andrew Inwood, CoreData’s principal, said that money was “stalling” in the system as investors work out where to invest in the current uncertain climate.

“I suspect there will be some big-brand casualties in the next couple of years,” he said, “which will also create opportunities for others. High net worth clients are currently cautious and storing their cash.

Matthew Rowe, the managing director of dealer group CountPlus said advisors were probably thinking more about themselves than their clients at the moment. “According to industry media reports, some one-third to a half of all advisors are facing an extinction event by 2024 when they will have to look like chartered accountants, doctors or lawyers [due to the new qualifications requirements],” he said.

The demographics mean that a lot of people will struggle with the requirements. “Twenty years ago, for every seller of a financial planning practice there’d be about 12 buyers. Now it’s about eight sellers for each buyer… With the buyer-of-last-resort policies there are three times the number being triggered than at any time in history,” he said.

He predicted that with changes a growing number of advisors would not advise on products. The shift to goals-based advice was a growing movement.

Matthew Lumsden, the head of distribution for Vanguard Investments, said that the direct market was difficult and that his firm had underestimated the challenges.

“When Jeremy Duffield returned to Australia 22 years ago he started with the dream of building a direct business. We are still predominantly institutional.” Duffield was the founding chief executive of Vanguard in Australia, who had previously worked for the firm in the US. He added that the industry had a terrible track record in making things that should be simple incredibly complicated.

On the sales side, at a later session, Kathryn Barnes, the head of digital strategy at BlackRock, said that it still tended to be traditional and one-on-one, but this would change in the future. “I think digital can be a great enabler. We’ll be able to reach many multiples of new customers,” she said.

Tim Keegan, the global head of marketing, digital, innovation and direct, at AMP Capital, said that people had to look at what made sense in the offline world and see whether it was transferable to the online world. “I don’t think it’s all going to happen tomorrow,” he said.

Barnes said that there were a lot of new software applications being promoted but implementation was a different thing. “You shouldn’t get distracted by shiny new digital tools,” she said. “It comes back to the customer… The key to equipping advisors with tools is to add to the customer experience.”

Keegan believes that the funds management industry is “well behind” others in terms of the customer experience. We needed to integrate sales with marketing better to improve the quality of leads, he said.

Greg Bright is the editor and publisher of Investor Strategy News.