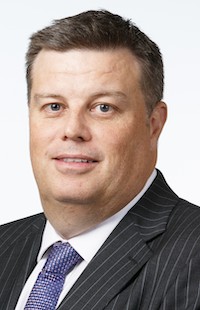 Michael joined Aware Super (formerly First State Super) in August 2020 as head of investment operations and is based out of Sydney. His role currently entails supporting the Aware investment team in the functions of investment data & reporting, fund operations, direct asset control, and investment control & implementation.

Prior to this, Michael had over 17 years’ with State Street across three countries and three separate business lines. Before joining Aware Super, he was managing director of global process delivery, India. Other roles included Asia Pacific chief operating officer for State Street Global Markets based out of Hong Kong, and head of investment operations for State Street Global Advisors in Bangalore.

Before leaving Sydney in 2013, Michael was formerly Asia-Pacific head of investment operations for SSGA whom he joined in 2002. He was responsible for overseeing the various groups within the investment operations teams of Sydney, Hong Kong and Tokyo as well as being a director of State Street Global Advisors Australia Services Limited who is the responsible entity for the SSGA ASX listed SPDR ETF’s and unlisted pooled vehicles.

Michael joined the funds management industry in 1998. He received a Bachelor of Commerce in Banking and Finance from the University of Canberra and a Graduate Diploma in Applied Finance and Investment from the Securities Institute of Australia.