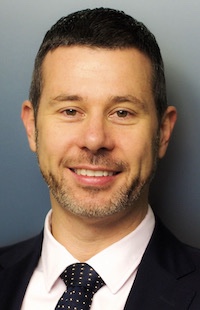 Steve Monnier FCPA, MSc, is the sustainability specialist for BlackRock Australasia. In this role Steve partners with clients to help them navigate and achieve their sustainable investing objectives through client engagement, developing sustainable solutions, policy and advocacy.

Prior to joining BlackRock Australia in 2020, Steve was a director in BlackRock’s Investment Stewardship (BIS) team in London from January 2015 to January 2020, where he was responsible for engagement and voting with portfolio companies across Europe, the Middle East and Africa (EMEA).

Steve joined BlackRock in February 2012 and initially served as a director in the corporate and operational risk in the risk and quantitative analytics team.

Prior to joining BlackRock, Steve relocated to London in 2003 and held several risk management roles at the Bank of New York Mellon (BNYM) between 2003 and 2012. Before moving to the UK, Steve spent three years at Unisys as an operational risk manager in Sydney after working in project and structured finance at Macquarie Bank as a deal manager for three years.

Steve started his career in 1994 as an analyst for Bankers Trust. Steve holds a B.Bus degree from Griffith University, Australia. In 1997, Steve qualified as a Certified Practising Accountant from the Australian Society of Certified Practising Accountants in 1997 and was advanced to Fellow status (FCPA) in 2016. Steve earned an MSc (Business Strategy and the Environment) in 2011 from Birkbeck College, University of London.